Yesterday the party was pretty wild, so we got up a bit later than usual, at 11. We had breakfast and planned the activities of the day. After we’ve had coffee we rode the city bikes to the center. Our first stop was a very cool coffee shop, where we met two of Tom’s friends. We also took some photos at the opera house, which was full of people at the time. After that we’ve visited the Nobel peace prize center, where we saw a detailed explanation about past and the latest peace prize award (EU).

After visiting the very interesting exhibition, we went to buy drinks for the evening. Norway has state owned liquor stores, which have a really nice selection. There are time restrictions though, and the alcohol is really expensive. We got some sparkling wine for the evening. After we’ve visited a very big park, full of statues. It’s really nice there – the water, greenery and statues make a very nice landscape. There were already some people having picnics in the park, using disposable barbecues (which seems to be very popular in Oslo).

From the park we cycled towards the subway. We took it up the hill, towards Holmenkoln, the ski jump. The train ride is very idyllic. We moved by upscale houses, surrounded by rocks and spruce trees. I really liked the area – it seems like a great place to live. There is also a very cool sports complex with track and soccer fields in the middle of the hills. The view from the top of the hill was great. Walking down, we met some students on their Russ – it’s a two week period of partying after completing high school (or during high school, I’m not really sure). Music was blasting out of their costumised buses and we walked from the top of the hill to the ski jumps. We stopped at some nice sightseeing spots during the walk. The big ski jump was quite impressive.

Me and Tom in front of the Opera building 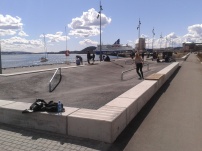 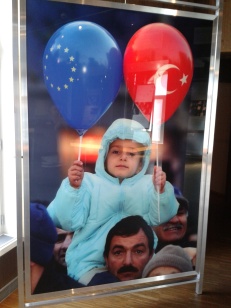 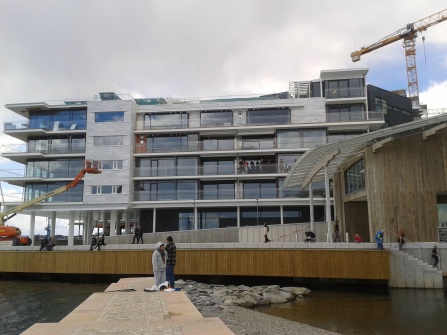 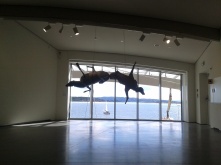 Sculpture in a modern art museum

Me in one of the newest districts of Oslo. 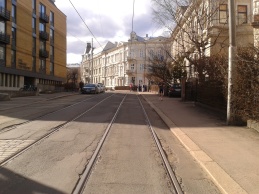 Bike riding through the west side

Bike riding through the west side

Central sculpture in the park

View from the park to Holmenkoln 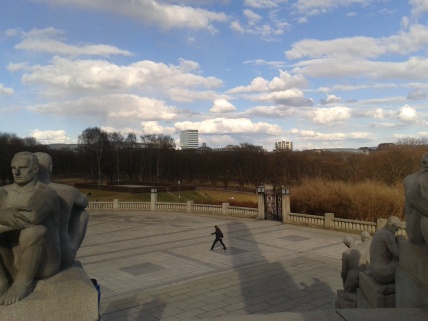 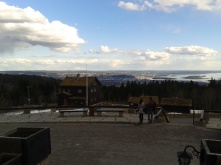 A view of Oslo from the hills

A view of Oslo and Oslofjord from the hills 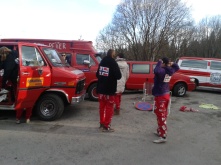 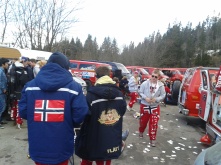 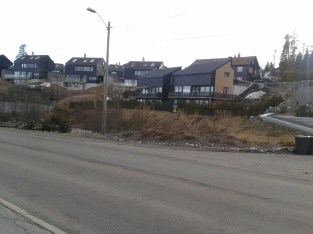 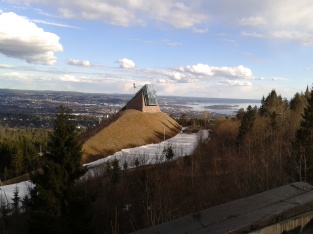 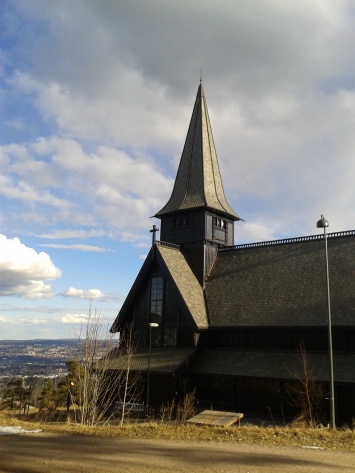 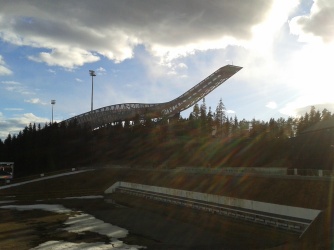 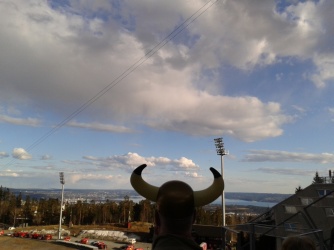 A view from the big ski jump (including horns!)

After hanging out we took the train back to Tom’s place. We were in a hurry and had some frozen pizzas before going out again. We missed the bus, so we walked to an upscale apartment building on the east side of Oslo. Tom’s friend was hosting a small party there and we joined in. The view from the flat was quite awesome – it’s on a small hill so you can see the whole city from the balcony. After staying there for a while, we went to a club, which was situated on one of the city’s rooftops. The party was fun and I’ve talked to some interesting people. After the party I went directly to the bus station and after, the airport. The security was not that nice (they found the Alamut book in my suitcase – it has Arabic letters and “terrorist” looking images on the cover) but other than that, the flight home was OK.